Example of the spreadsheet version

Here's an Excel Spreadheet (.xlsx) version of this generator. It was the original "Crowdshuffler" I created in 2017 by combining weird excel formulas in the most unefficient way and abusing their random numbers generator. It is compatible with Microsoft Excel and Libre Office (Open Office doesn't seem to handle Developer Tools very well).

Example of an NPC "advancer" spreadsheet

When I have to generate the game statistics for my commoners NPCs I usually rely on online tools like this one, but if I have to create a memorable boss fight I prefer to adjust mr. Evil Guy's statistics myself, and I do it with a spreadsheet of my own invention. It's really nothing new, it's like one of those character sheets that fill in secondary statistics automatically (attack bonuses, armor, etc.) when you fill in the primary ones manually (strength, hit dice, etc.). The cool thing about it is that, once you're done creating it, you can change the NPC's hit dice and have all other statistics update accordingly (it's like instantly changing the NPC's challenge rating!). 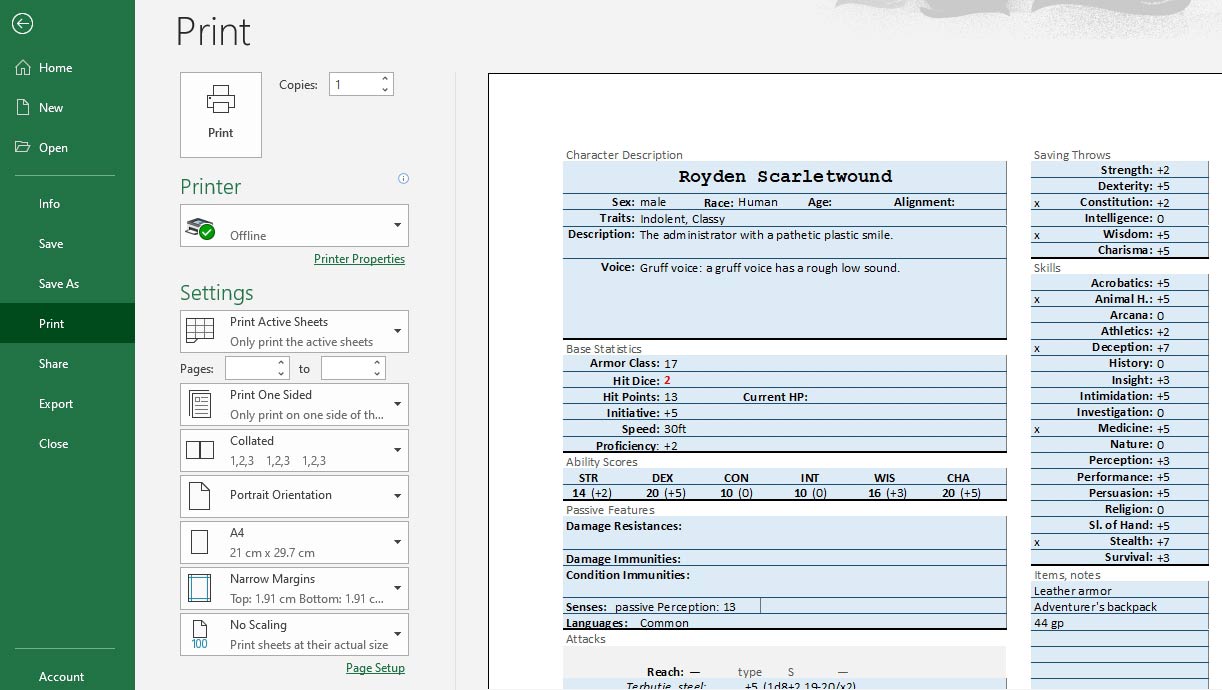 I had an idea once for a D&D5e anventure, in which players had to play random generated plebs and I had to improvise a story from ideas they would provide just minutes before the game session started. To generate the characters, I combined Crowdshuffler with the NPC statistics "advancer" to create printable A4 character sheets filled with background traits and game statistics. Just like the NPC statistics "advancer", you can change the hit dice and have all other statistics update. You can find that spreadsheet here (I'm quite sure it's super buggy because I created it in a couple of hours during a boring day at work):

This is a very simple character sheet I use for new players and for my low level characters.